Create an Account - Increase your productivity, customize your experience, and engage in information you care about.

things to remember about the second primary on may 12, 2020

A second primary will be held for the Republican nomination in North Carolina’s 11th Congressional District, where no candidate received the 30 percent of votes required to avoid the possibility of a runoff.

The second primary will be held on Tuesday, May 12, 2020, in the 17 western North Carolina counties that make up the 11th Congressional District.

Under § 163-111, the candidate who receives the second-highest vote total in a primary contest may demand a second primary if no candidate receives more than 30 percent of the votes cast for all candidates in that contest.

No other second primaries will be held in North Carolina in 2020.

Voters will not be required to show photo ID for the Novmeber 3, 2020, general election!!

One-stop Early Voting will take place at the Board of Elections Office located at 40 Peachtree Street Murphy, NC. Notice that there will only be on Saturday available for voting. (Sat May 9)

The Board of Elections now consists of five members. Three Democrats and two republicans each elected to a two year term.

The goal of the Cherokee County Board of Elections is to provide lawful, efficient, and timely execution of all elections. Our objective is to strive toward a progressive election process that meets every measure of the law as well as the demands of the 21st Century. We aim to provide fair elections for the Federal Government, the State of North Carolina, and Cherokee County. For more information on local and State Elections please visit the North Carolina State Board of Elections website. http://www.ncsbe.gov/ 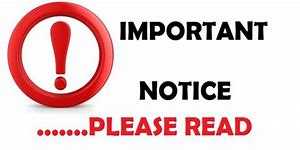